Earth Hour in Japan NOT

Yesterday at 8:30pm local time all around the world it was Earth Hour.

Started in Sydney in 2007, this year it was celebrated in over 4,000 cities in 88 countries according to the organisers. One notable exception from the list was Japan. "It hasn’t resonated in the same way as it has in other countries in Japan" said Andy Ridley, the, very diplomatic, event’s executive director.

Even if Japan did not participate, at least two bloggers here had heard of the event. Kanmuri at Turning Iwatean had plenty to say about all matters green. Kayo at Osaka Life Blog is also disappointed that the local media seem to have lost interest in the Global Climate Change. There was a Candlelight Buffet at Le Jardin lounge of the Four Seasons Tokyo which is the only reference to "Earth Hour" on the japantimes.co.jp site.

At least NHK covered the event on TV this evening. Maybe a few more bloggers can raise the profile of this event for next year and persuade Japan to participate. Who knows, if enough of us work at it, we may see Tokyo Tower go dark for an hour 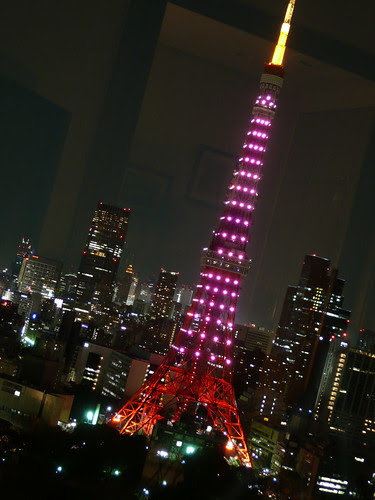 Could we get Ginza to Go Green? Shinjuku to Shut off off the lights? I sense a possible Action Alert for JapanSoc bloggers next year.

Personally, I always try to turn off lights I don't need. (Don't you?
Why not? Money to burn?) Many critics have pointed out that turning the lights off for an hour is not going to change the world. Well, no, but the world is driven by people, and just maybe, if enough people start to think about this kind of stuff it might finally start to sink in that we cannot continue in our endless quest for growth at the rate we have been growing. I could go on, but I'll stop there.
Posted by Jon Allen at 7:44 PM 2 comments:

Last week I attended the JapanSoc Blogger's conference. It was organised by Koichi of www.tofugu.com. Rather than try to get the thirty plus people together physically, it was held online via the website edufire. This also allowed bloggers from all over Japan, and indeed the world, with an interest in Japan to attend. (Well done to Michael who was logged in from England well into the small hours of the night!)

The conference was held to discuss and brainstorm ideas about www.japansoc.com the social bookmarking site for stories about Japan and the JapanSoc Google Group at japansoc.org

I had not joined the previous conference and there were also several others new to the conference, so there was some time for introductions. We moved on to discuss the idea of a JapanSoc podcast. There was lots of enthusiam and some solid plans made. More details on that when it comes out.

Other items we discussed: If you are on LinkedIn.com there is a JapanSoc group. There is also a Facebook group

JapanSoc.org member Sites page - are you on it?

Join the japansoc.org google group to participate in the regular Action Alerts to promote the society. This group, I discovered, was created after the 1st conference.

A regular Japan Blog Carnival named the Matsuri. The most recent Japan_Blog_Matsuri

(Apologies if I missed anyone out). Michael also did a write up of the conference (from which I have shameless copied numerous items) he has a great screenshot from the conference.

For those of you reading via an RSS feed, you will have missed the new widget I have installed to show the Top Stories on JapanSoc.com
Posted by Jon Allen at 10:45 PM 5 comments: 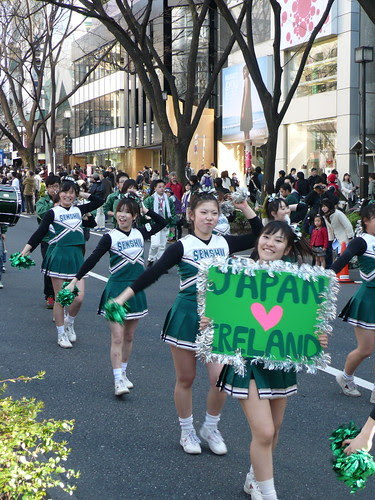