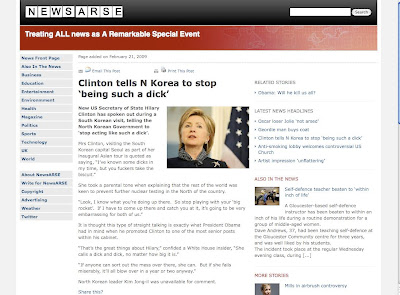 Here's what she really said: 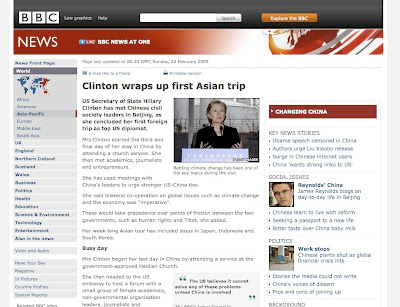 Sadly, The Punchline Comedy Club has been unable to continue bringing well known comedians to Tokyo after their major sponsor Virgin Atlantic pulled out in September 2008 and no other sponsors could be found.

However, all is not lost. To continue to get my fix of comedy, there are some alternatives that I discovered, thanks once again to Alan at lemonsoju.

Coming up this Tuesday 17th February the Tokyo Cynics present: "An Evening of Stand Up" at The Hobgoblin in Shibuya.

Performers to be announced.

Admission: FREE! ... but you are asked to buy at least one drink at the bar.

The Tokyo Comedy Store Crocodile Show provides live stand-up and improv comedy in English on the fourth Friday of the month at The Crocodile in Shibuya. The next show coming up is on 27th Feb.

Doors open at 7:30. Food is served all night with a full menu including pizza, pasta, dinner plates and, so it says on their website, crocodile. Remember FFF: Fourth Friday Funny!

And finally, as a one off event to celebrate their 60th anniversary, The British Chamber of Commerce in Tokyo presents : "Whose Line is it Anyway". On Friday 13th March 2009. It starts at 19:15, but it's a little bit more pricey than the others. A seat will set you back 18,000 Yen at the The Conrad Tokyo. However that does include :
* A Best of British Menu from the Michelin-starred Gordon Ramsay
* Jazz by the House Band
* Hip-hop entertainment by the Hana Enterprises Dance School
* By special arrangement with the Punchline Comedy Club, direct from London, the all-star cast of “Whose Line is it Anyway?” offering the very best of improvised comedy.

I'll have to check my financial situation at the end of the week to see if I can afford that one.
Posted by Jon Allen at 10:47 PM 1 comment:

The blossom has begun already. I'm looking forward to the Sakura (Cherry Blossom). This year's forecast has not been released yet. 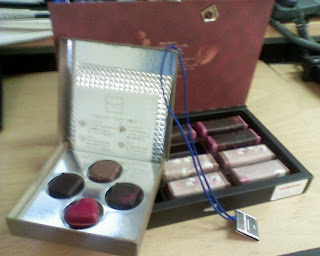 A tradition in Japan on Valentines Day is for the ladies to buy the gentlemen chocolates. These were the generous gifts from some of our friendly users to my team.
Posted by Jon Allen at 5:19 PM 3 comments:

Regular readers will know I like a glass of beer. So I was delighted to find out from Alan at lemonsoju that there is a Real Ale festival in Tokyo on Sunday this weekend.

Organized by
Executive Committee of the Tokyo Real Ale Festival

With the Assistance of
Yaho Brewing

Tickets have sold out in the two pubs in Shibuya, (I got the last four from the Inishmore) so make sure you call ahead first if you are still looking for tickets that are sale at these pubs Tokyo Real Ale Society.
Posted by Jon Allen at 12:00 AM No comments: