The exhibition currently running at the Bunkamura museum is titled Visual Deception. The theme is "Trompe-l’oeil", paintings that trick the eye. The first section holds 16th and 17th century examples: a flat canvas that looks like a marble relief; a young lad climbing out of the picture frame (An image used in some of the posters); a paper note nailed to some wood; a picture of a picture.

Moving on, Archimboldo's portrait of Vertumnus/Rudolf II depicted in vegetables is displayed in Japan for the first time.

One section is dedicated to Japanese works demonstrating similar effects, for example scrolls where the ties are painted on, rather than actual pieces of material.

Artists from the 20th century include Salvador Dali and MC Escher. Three of his works are displayed including the well known 'impossible building' Belvedere and Waterfall where the water wheel looks like it can run forever.

Another of my favorite artists is Rene Magritte. I visited an exhibition of his work in Seoul a few years ago. Here in Tokyo, three of his works are on show including Attempting the Impossible:

[He was a far more successful Belgian artist than a certain Antoine Wiertz described in the Economist as "perhaps the worst painter to have a government-funded museum all to himself" in an article relating the perils of governments supporting ventures that may, at the time, seem like a great idea, but turn out to be less enduringly popular.]

The exhibition concludes with some contemporary works including two tilt shift photos from a Japanese photographer, whose name I failed to make a note of and, since I was too stingy to buy the exhibition catalog, I now have no record of.

Due to the huge demand for the exhibition we had to queue for 25 minutes on Sunday for a ticket. But if you plan ahead, tickets can be purchased online (in Japanese only) at Ticket Pia Lawson Ticket and e + (IPURASU). Or at Seven Eleven, Family Mart, Circle K, Sunkus, JTB and Tokyu Plaza Travel Center.

It was a crowded exhibition so be prepared to wait in line to admire the art works close up, but it's well worth the effort.
Posted by Jon Allen at 10:30 PM 5 comments:

Email ThisBlogThis!Share to TwitterShare to FacebookShare to Pinterest
Labels: "Things to do" Art Museum, bunkamura, tokyo 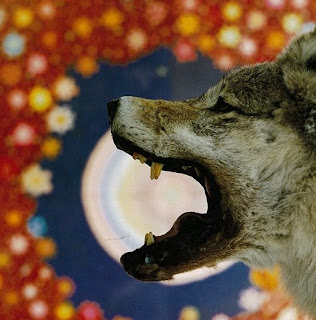