Geek Up Your Ass Gently 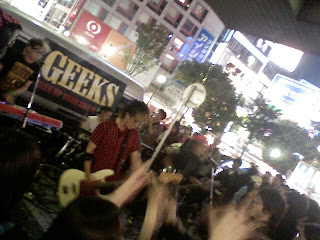 I just caught the last few songs at this guerrilla gig under Shibuya station on my way home tonight. Awesome good sound. will buy their new album released today. www.geeks.co.jp

Update: considering they were playing by the side of the road in the middle of Shibuya the sound was pretty good and very very loud, which was what attracted my attention while walking through the station upstairs.

Their "First Debut" album is called Magical Vox Paranoia. "The best rock album of the year" they claim! It looked like they have a loyal fan base that were out in force to support the four lads. They had fliers which I have scanned for your delight : 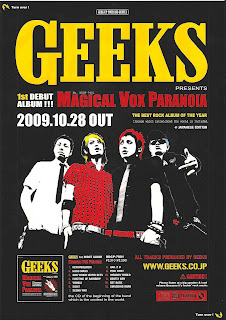 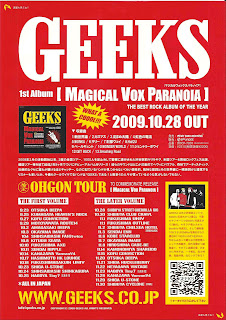 There were a lot of people taking video and photos so I hope I can find some to share.
Posted by Jon Allen at 9:38 PM