This Sunday's day trip took us to Jindai Botanical garden. On the western side of Tokyo, in Chofu-shi , it was established by the Metropolitan Government in 1961. Over 4,500 varieties of plants are artfully planted in the 425,000 square meter gardens.

These fountains with surrounding rose gardens are in front of the large greenhouse. 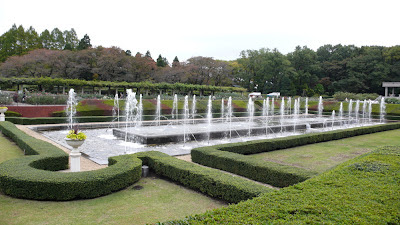 It is the end of the Chrysanthemum season and Jindai, like Shinjuku Gyeon last week, had put on a spectacular display. This is just one plant: 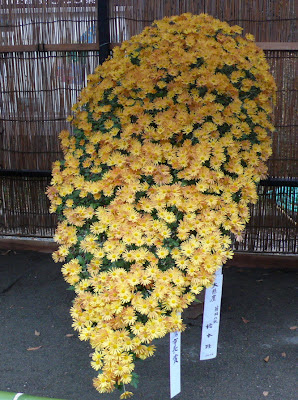 There was also a display of bonsai Chrysanthemums. 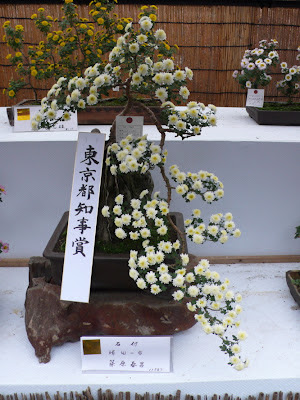 This rather large hornet was busy pollinating the camellias. 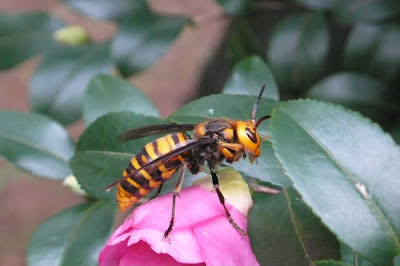 There are several different routes to the gardens. From Shinjuku we took the Keio Line to Chofu station. We took the number 14 bus from bus stop number 14 at the North exit and got off after 10 minutes at the stop just after the Jindai Temple (one of the oldest in Japan) on the left.

Admission is 500 Yen for adults. Open from 9:30am to 5pm. Closed on Monday, except when it's a holiday when it's closed on the Tuesday.
Posted by Jon Allen at 6:44 PM

Email ThisBlogThis!Share to TwitterShare to FacebookShare to Pinterest
Labels: "Things to do", japan, tokyo

I have always wanted to go to Japan.

Nice blog. I will keep reading. Please take the time to visit my blog about Orchid Care