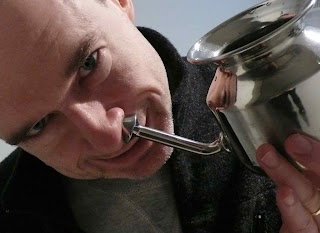 If you want to subject yourself to similar (ill) treatment, contact paola@yogasan.net and see YogaSan
Posted by Jon Allen at 8:29 PM

hello there..i would like to be friend with everybody..do follow me back since im still new in blogging world..thanks..btw, i do love korean..

You are a lucky guy for having to taste life in Seoul and Tokyo. Two of the most stunning cities we've visited.

My mom-in-law is a netti pusher too! Does help a bit with sinus pain, but still not as good as old fashion drugs!