As promised I was out this evening with the new camera and happened by sheer chance to be in the right place at the right time to see the lights being switched on in Seoul City plaza: 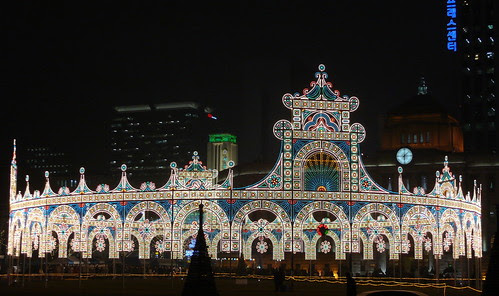 The whole grassy area has been filled with a large construction covered in thousands of coloured lights and a christmas tree installed as well. Beside it there is an ice skating rink at which we were treated to a short ice dancing demonstration by several skaters.

Moving on to the Cheonggyecheon both sides of the stream have been adorned with similar lighting. 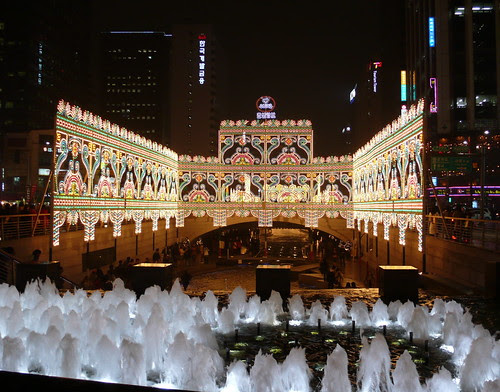 Lotte department store have pulled out all the stops and covered all available trees with lights. 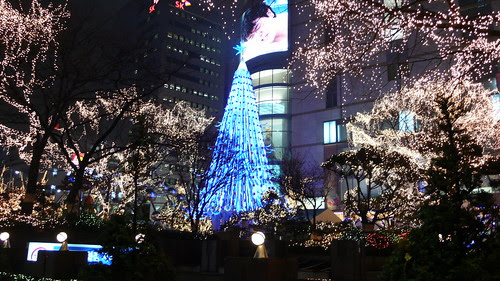 Beautiful shots, Jon. I really have to get out this weekend!! :)

Is that the Lotte Dept. store near City Hall?

Yes, that is one of my fav places during Christmas..

Don't know who this is but thank you for the link!

Have a blessed and Merry Christmas
Josh from iluvkorea

Great shots of the Christmas lights! How did you get such a great angle? Very beautiful, and I will have to go check out the skating rink soon! Thanks

Very, very nice! We don't get anything like that 'down our way' in Masan, and I miss it.

Have a good Christmas ...

Wow, they have done wonders to my favourite city!