Events currently on in South Korea

Here are a few events starting today in South Korea you may be interested in:

There is a bamboo festival which runs until 5th May in Damyang.

The Hi Seoul Festival kicked off yesterday with a fireworks display over the Hangang River. Events will be taking place at several sites around the city of Seoul until May 6th. The Hi Seoul Festival is the Korean capital's biggest bash of the year. Seoulites come together to celebrate the character and heritage of the city with concerts, street parties and other cultural events. A riverside stage in front of the landmark 63 Building in Yeouido will be the venue for daily performances. There are also smaller events including the Hi Seoul Food Festival, Seoul Magic Festival and the 1st world Hi Wire Championship is taking place beside the fountain on the Han river beside the Seonyudo park opposite the World cup stadium [May 3(Thu)-May 5(Sat) between 10:00-18:00] which will include a Guinness record attempt of the world’s longest single rope walking achievement across the Han river. 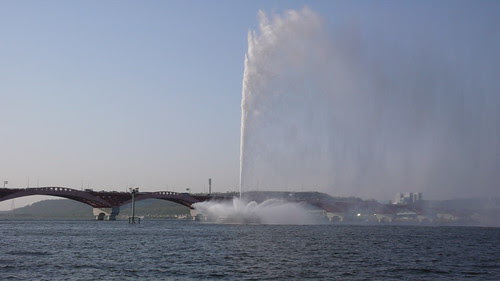 For regular updates on events in South Korea, subscribe to the Seoul Selection Newsletter.
Posted by Jon Allen at 9:03 AM