We took a day-trip recently to revisit Suwon. We arrived in front of the palace at 11am just in time to catch a memorable performance of Korean martial arts. 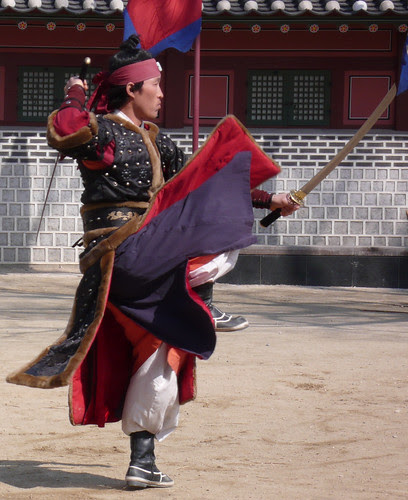 Derek has some very impressive photos from a previous visit.

Walking round the palace there are numerous information posts describing scenes from the well known historical drama series Daejanggeum (Jewel in the Palace) that was filmed here. The show was a big hit in Taiwan as well and draws tourists to visit the sites where their favourite show was recorded. Scenes from The King and The Clown movie were filmed here too. I noticed this phenomenon in YongPyong where there were many signs about movie locations from Winter Sonata.

On the hillside above the palace grounds is a temple with an impressive golden Buddha statue. 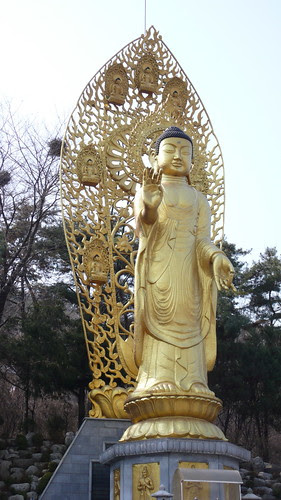 Walking round the Hwaseong Fortress walls we came upon this scene: 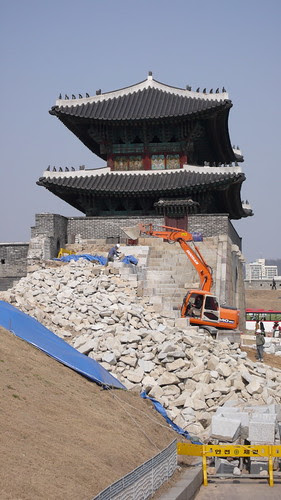 No, they are not knocking it down, but rebuilding it, having rerouted traffic around the other side of the gate.

This is Buksumun, the nothern gate, built over the Suwoncheon (river) that runs through the middle of the fortress. It was completed on Jan 13th 1795 having been constructed in less than a year. 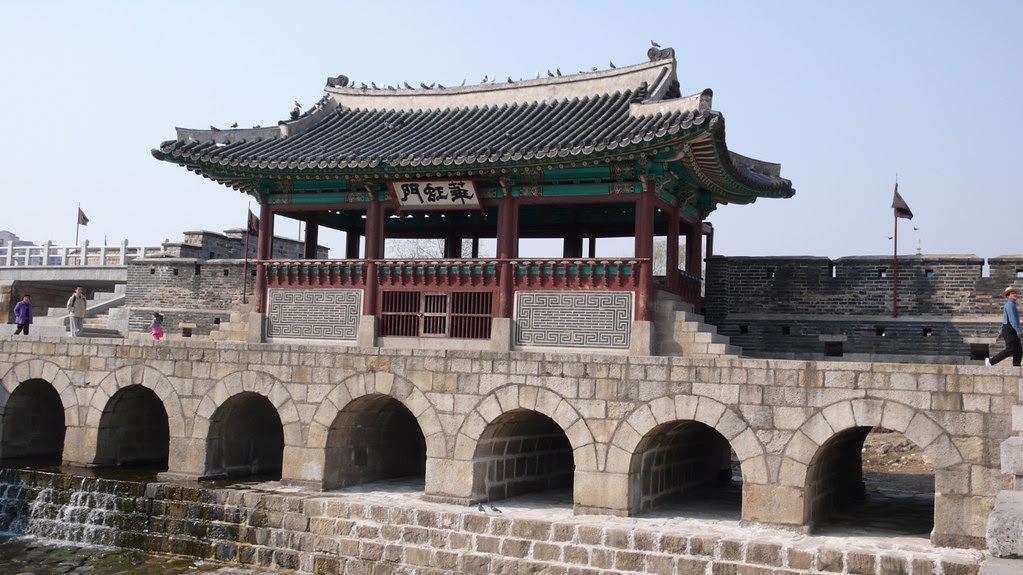 The fortress walls have been completely rebuilt and total over 5.7km. It was the most up to date fortress possible at the time it was built between 1794 and 1796. The king sent the designers all over the world to gather the best ideas for it's construction. It is now a UNESCO world heritage site.

To get there from Seoul, take subway line number 1 to Suwon station. It takes about an hour from downtown. Pick up a map at the tourist information office just outside the station and take a city bus number 11,13,36 or 39 into the centre of the town to Paldalmun, the South Gate. If you have a U-Pass card it works on the local buses, if you have a T-money card you'll have to pay cash.
Posted by Jon Allen at 8:30 PM

Email ThisBlogThis!Share to TwitterShare to FacebookShare to Pinterest
Labels: "Things to do"