Sunday was the final day of the Hi Seoul 2007 Festival. The Jongmyo Daeje is a ceremony honouring the Royal ancestors. It now takes place once a year. The event started with Eogahaengryeol, The parade of the Royal carriage from Gyeonbukgung through Seoul city centre to the Royal Shrine at Jongmyo. 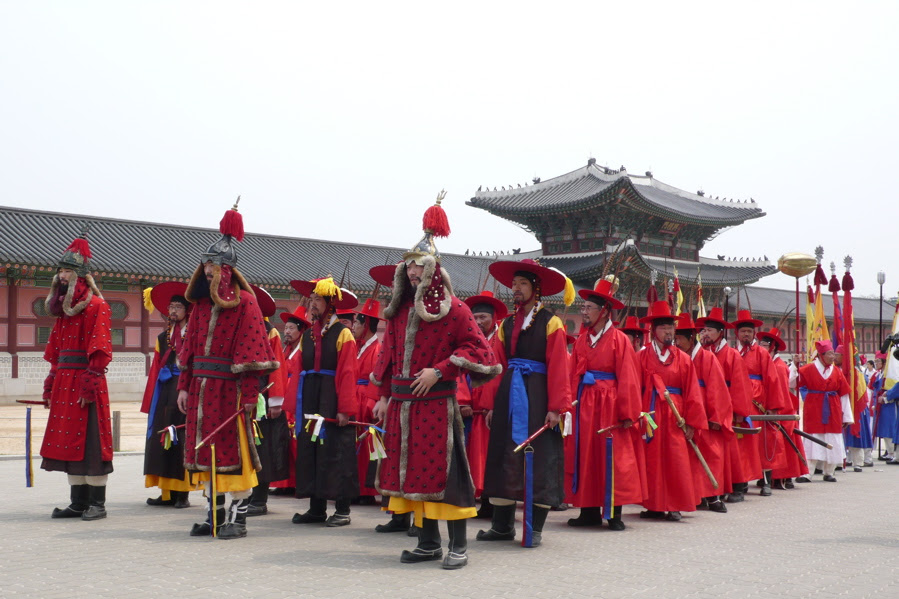 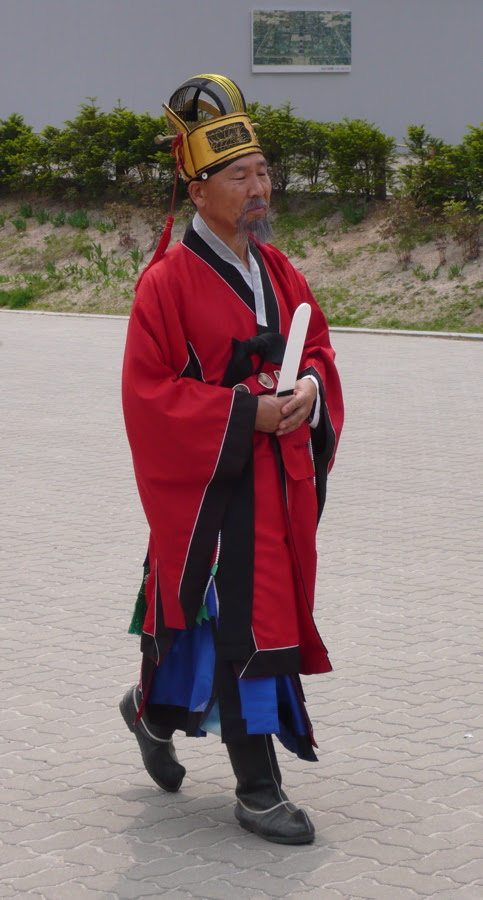 I caught this shot of the drummer just in front of the statue of General Yi Sun Shin on Sejongno opposite the Kyobo building. 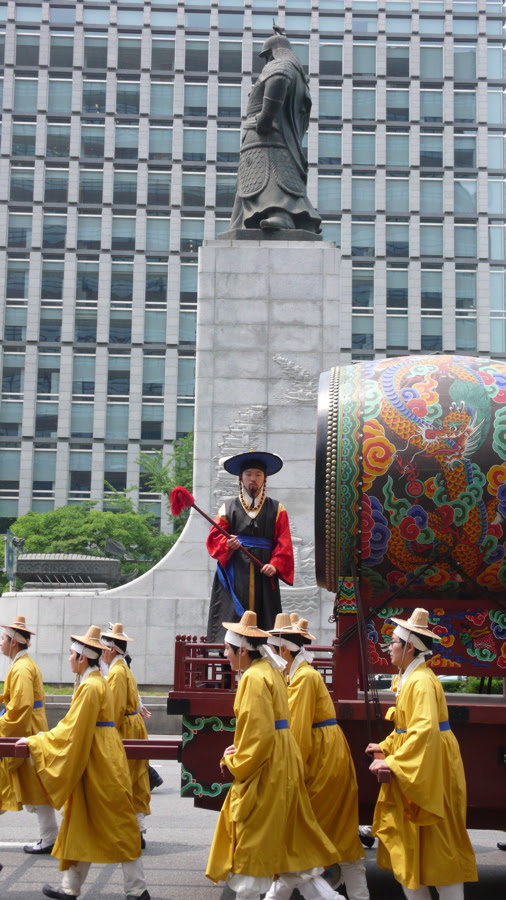 Inside the shrine we watched some of the memorial service. It has eleven separate sections. The music performed during the ceremony Jongmyo Jeryeak is particularly special and was proclaimed a UNESCO Masterpiece of the Oral and Intangible Heritage of Humanity in 2001. 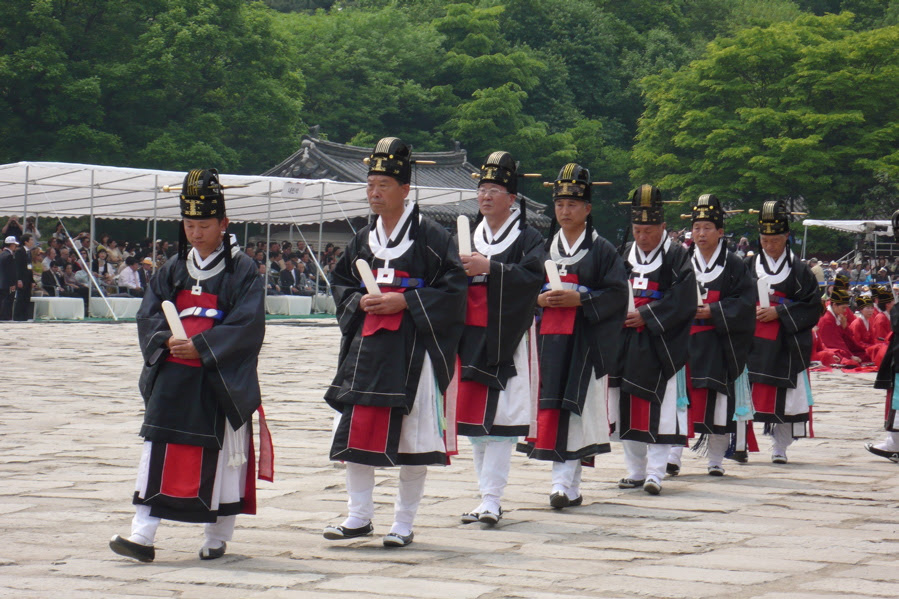