The Top 5 festivals in Seoul

It seems spring is the best time of year for festivals in Seoul. Here's my personal top 5 festivals in the capital city.

1. The Cherry Blossom Festival
The sight of hundreds of Cherry trees all in blossom along the road around the National Assembly building in Yeouido was an especially beautiful spectacle. My photos are here and here, more photos of blossom in Korea from contributors to the flickr Korean Images group.

2. Hi Seoul Festival
I've already posted a couple of items on the festival that took place over eight days at the start of this month. There was the High Wire competition and the drumming and Taekwondo at Gyeonghuigung palace. Here's a one minute recording of the energetic female drumming group from that day


I've also posted on youtube a two minute clip of the drumming from the Non verbal Performance we watched. Here's a shot of the illuminated boats departing their mooring at Seonyudo park: 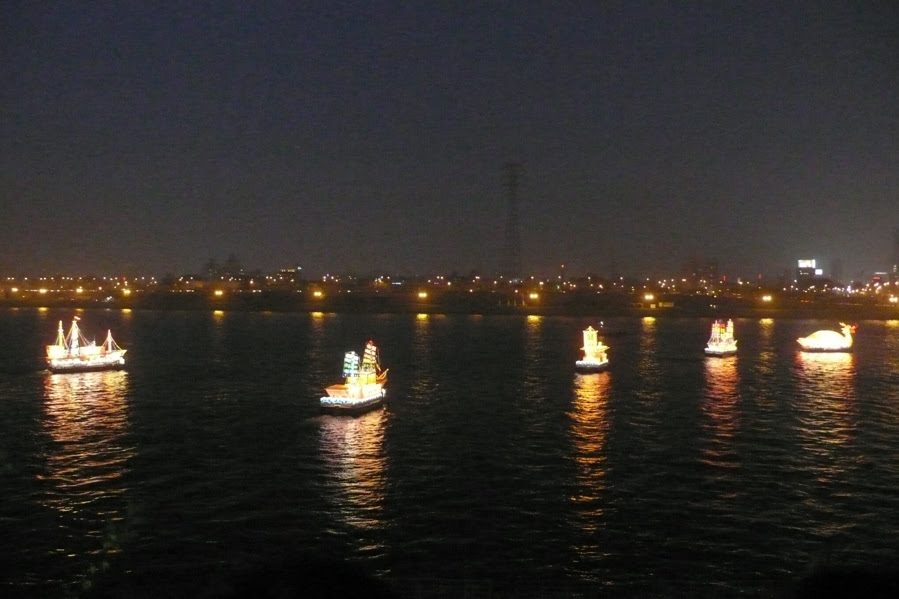 On the Saturday afternoon was the re-enactment of the coronation of King Sejong. This event took place in the Gyeongbok palace. Here's a couple of photos of some of the dancers preparing to go on stage. 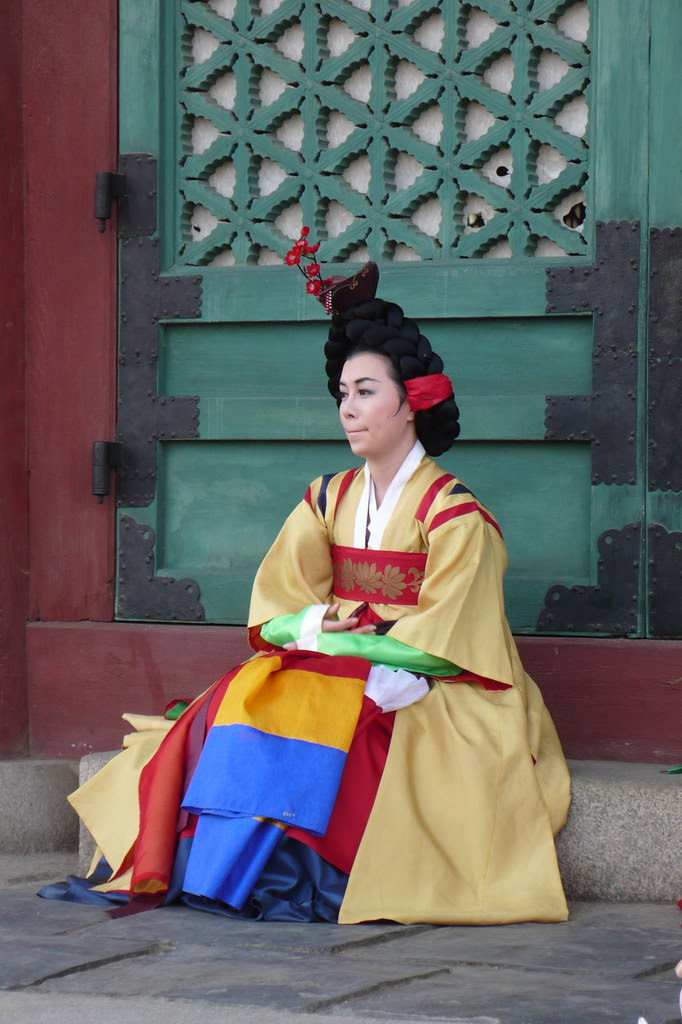 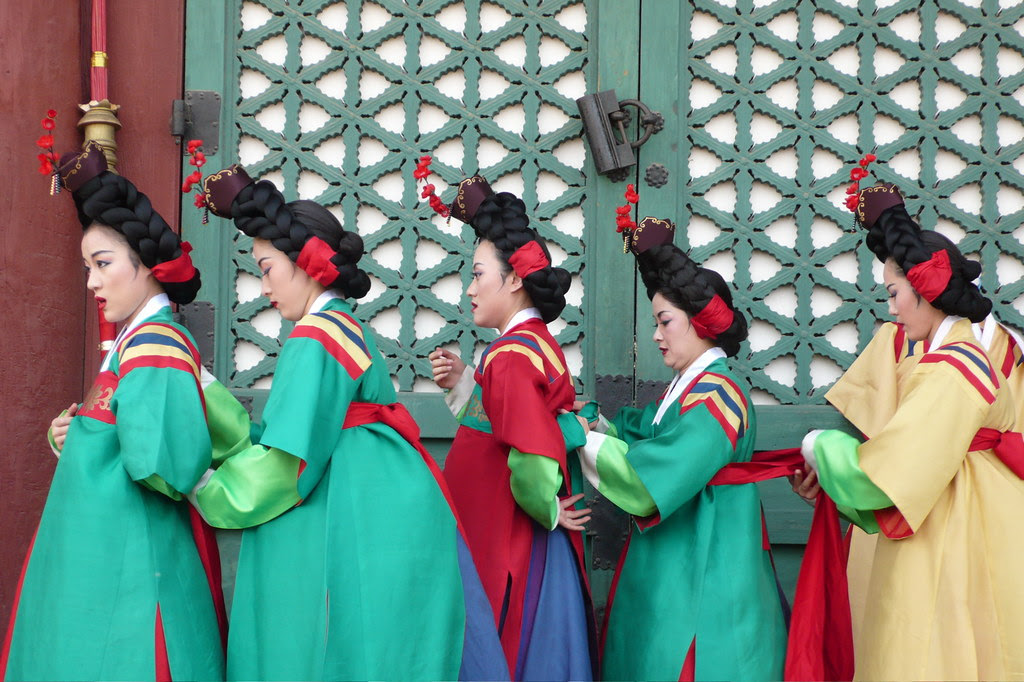 If you were at the Hi Seoul Festival and took a good photo, the organisers are running a photo and video contest with cash prizes, hurry the competition closes on May 13th.

3. Jongmyo Daeje
This spectacular parade and sombre and ancient ritual was a fascinating experience. Erkin was with us that day and has some great photos on his blog.

5. Seokjeondaeje
Seokjeondaeje Memorial Rite is one of Korea's most important sacred rituals in Confucianism. It takes place at the Confucius Shrine (Daeseongjeon Hall) at Sungkyunkwan University twice a year in March and September.
This one I've had the most problems finding out about. There is a video of it here and hints and notes about it at several travel websites and a reference here, but no firm details. The Sungkyunkwan University website does not even mention it. I will have to report back on this one later.

Some upcoming events in Seoul are:
The Korea International Arts fair at the COEX Mall. The show includes over 5,000 works of art and runs until Sunday.
The Green Film festival starts May 17th featuring 112 films from 23 countries.
The Biggest K-Rock festival ever starts on the same day. If the names Boohwal, Black Hole, Black Syndrome, The Rock Tigers, Crying Nut and Peter Pan Complex mean anything to you then I'm sure you already know that the venue is the Seoul Fashion and Art Hall located in the middle of Dongdaemun. Ten rock groups will perform each night for the 10-day festival from 8 p.m. to 2 a.m. between May 17-26.

There are plenty more festivals throughout the country during the year including the Firefly festival in Muju, The Busan Film Festival (the Cannes of Korea), The Boryeong Mud festival in July, which is popular with ESL teachers, The Chuncheon International Mime Festival is on at the end of this month, and the Hadong Wild Tea Festival is coming up this weekend. Check out the KNTO and Invil village websites for more festivals.

This post is a contribution to the pro-blogger Group Writing Project organised by Darren Rowse. Check out the hundreds of other entries from day 1 and day 2 that bloggers around the world have posted on the topic of 'Top 5'. All manner of subjects from Top 5 music video parodies to Top 5 techniques for sermon idea generation are covered.
Posted by Jon Allen at 9:00 AM

Thank you for your comment, Jon. I read the story about that shameful trial, I hope Korea is not so bad, and your blog is a proof of that, it has a lot of beautiful pictures of Korea. Apart from my main blog www.alexradich.com I have a blog about Kiev - kievsurvivalguide.blogspot.com, it consists mostly of photos of Kiev that I make from time to time.

Thanks for the insightful look at some festivals in Korea. It was a nice place to visit when I was there!