After meeting the authors of The Korean Way of Tea we walked the short distance to the Jogyesa temple. It was colourfully decorated with thousands of lanterns for Buddha's birthday celebrations. 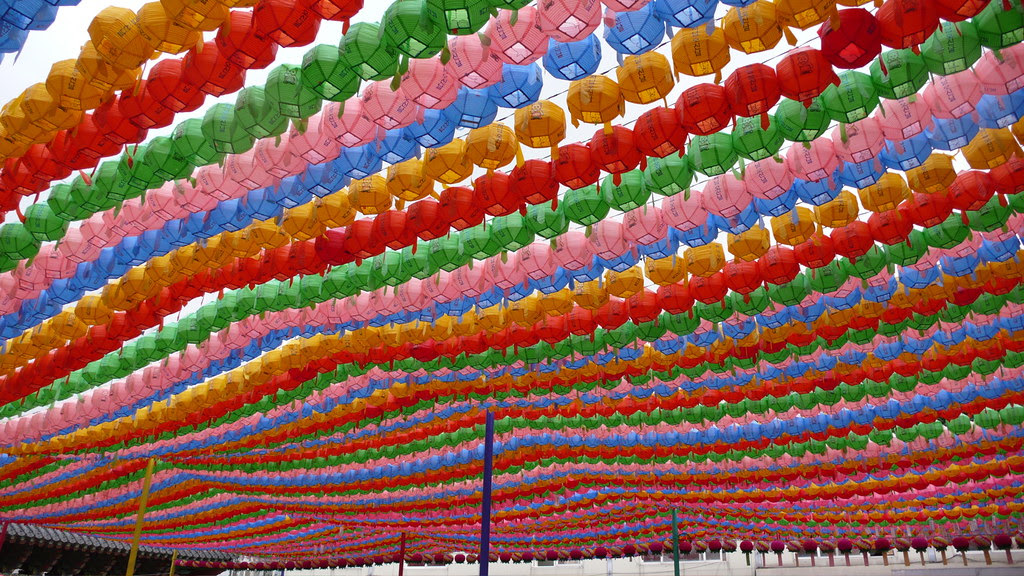 These small children drew a lot of attention, they look so grown up in their buddhist monk's robes, but they were still very playful. 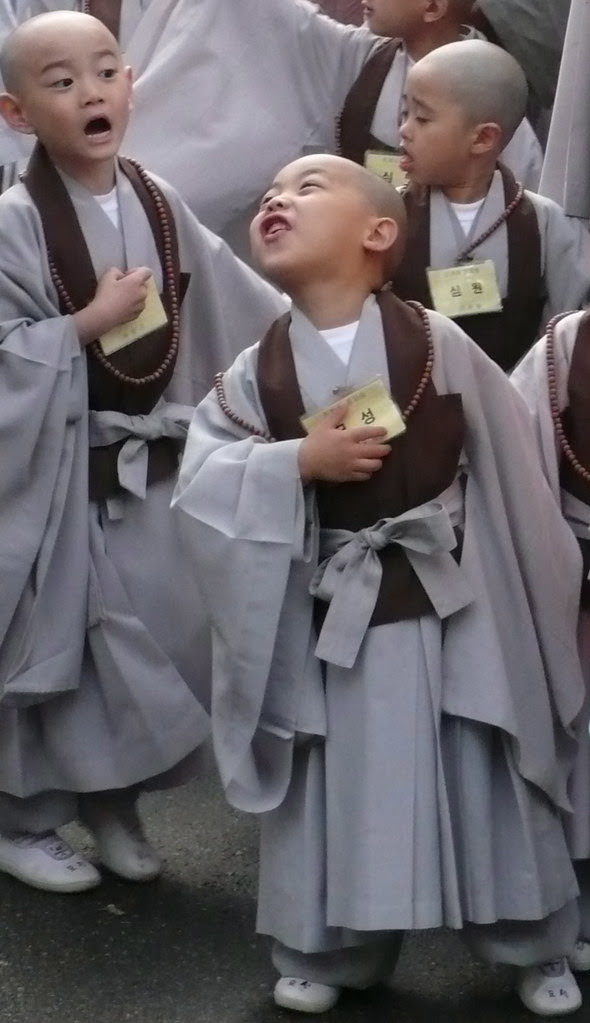 There were two parades during the weekend festival. On Saturday there was a short parade from Jogyesa through Insadong along Jongro to a temporary stage setup on the road near Jongak station.
These were some of the participants : 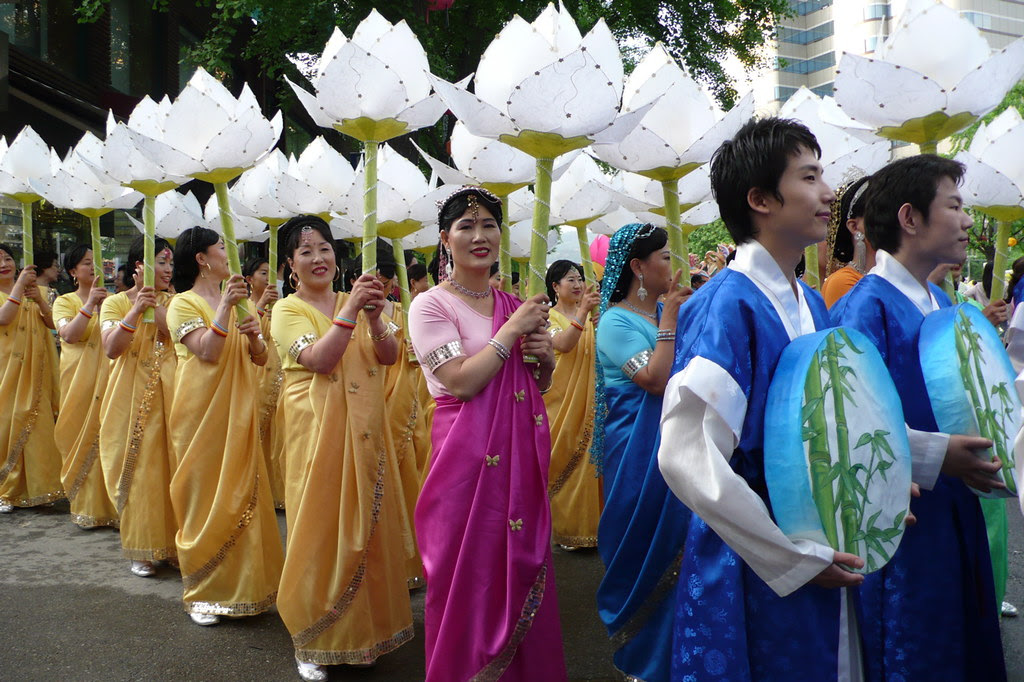 One of the floats in the parade. 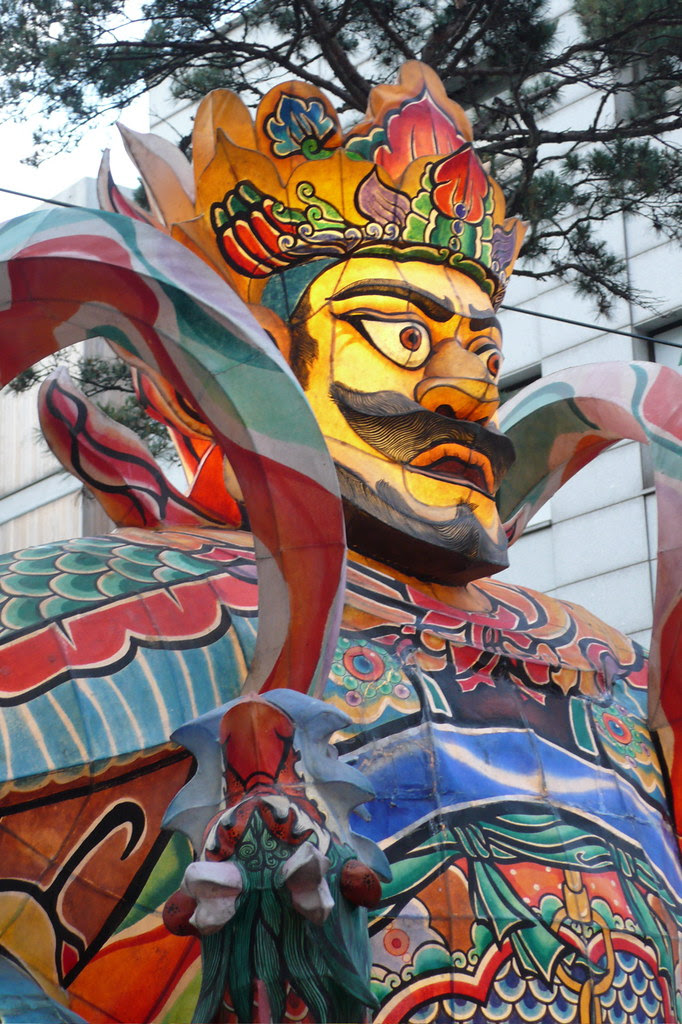 On the Sunday was an even more spectacular and longer parade. We went to Dongdaemun stadium to watch the opening ceremony. The entire crowd seemed to be part of the parade and festival. There was much singing and dancing and crowd participation. 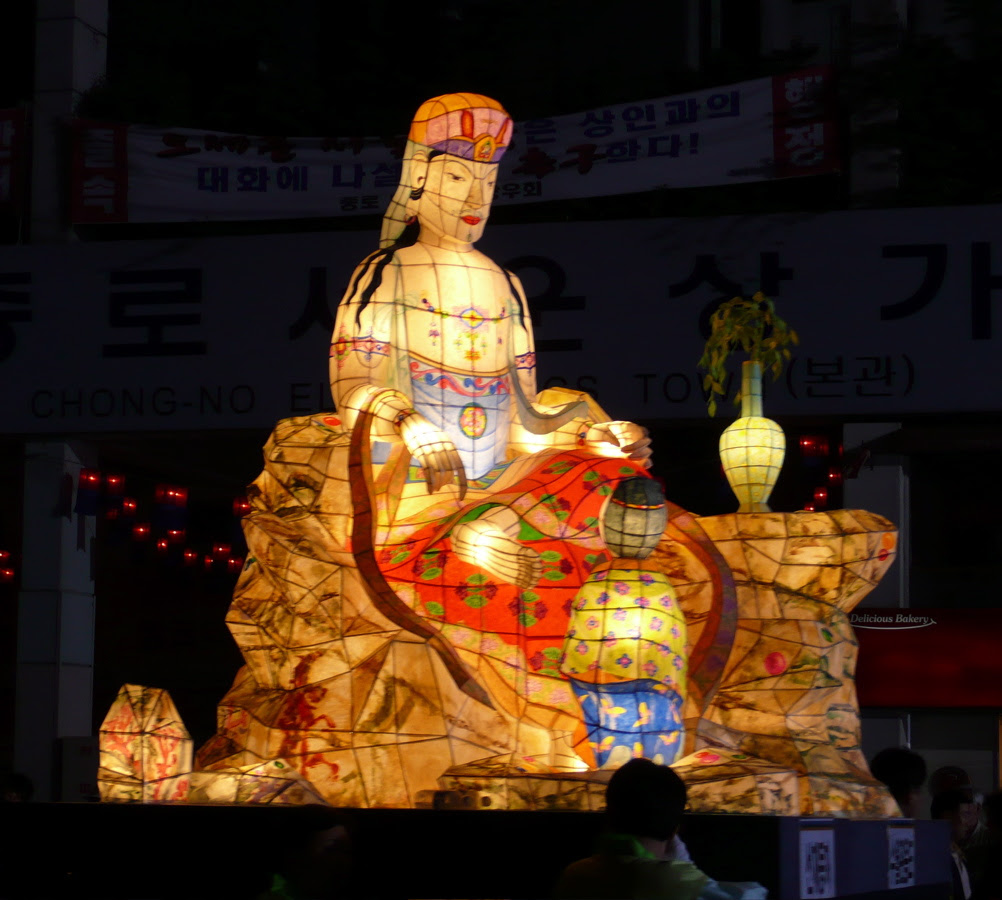 These two young children look like they had had enough fun at the festival, it was around 9:30pm when they went past us. 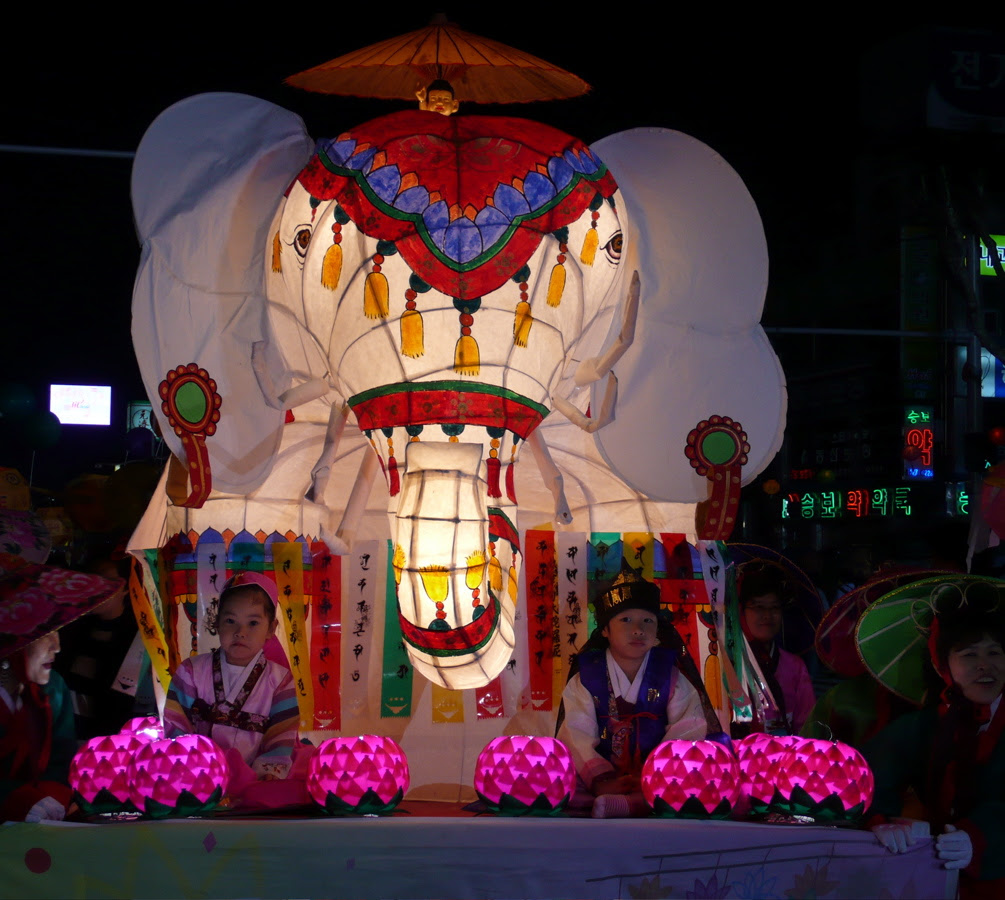 This was one of my favourite floats 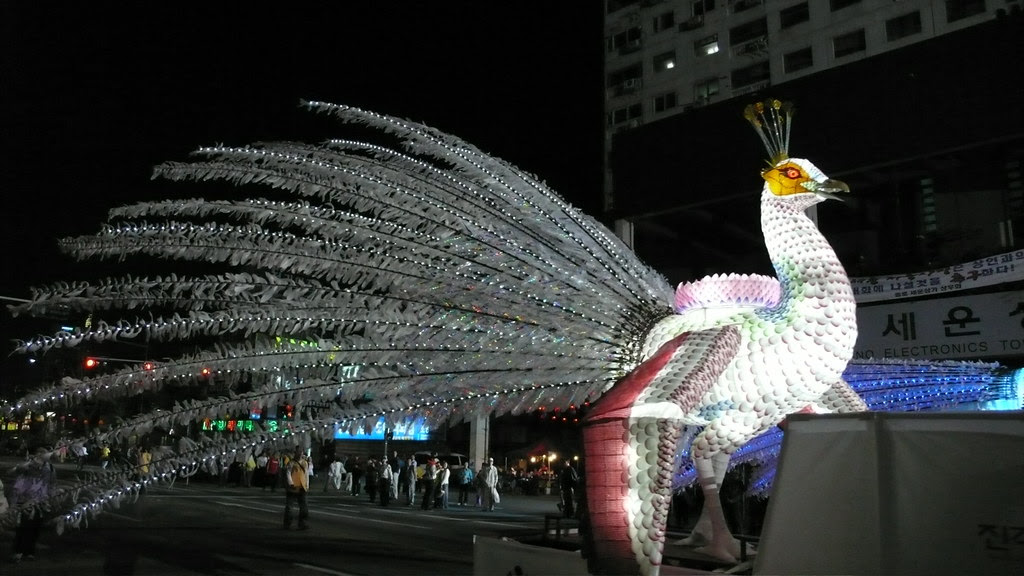 and this was the back of it after it went past. 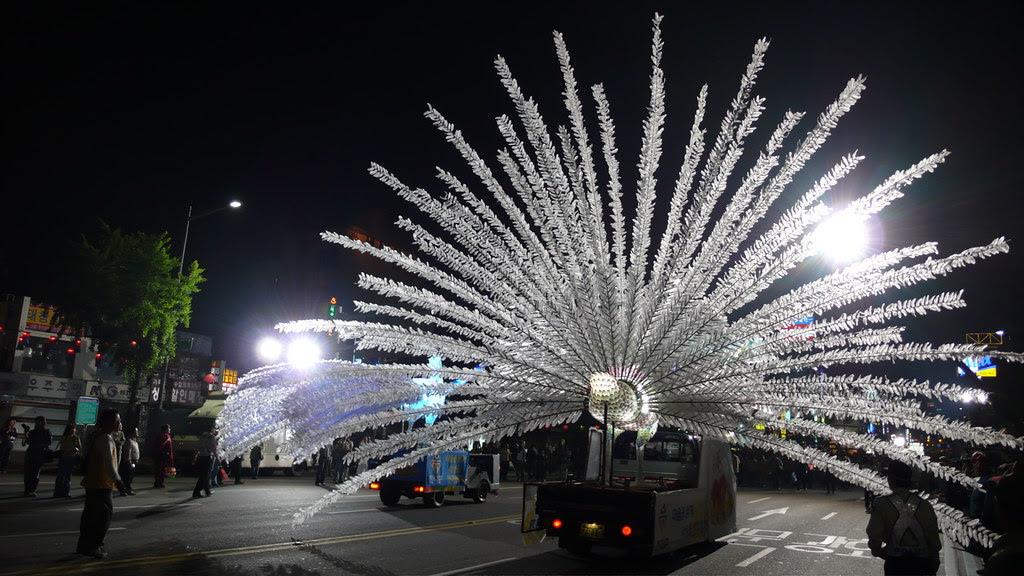 Sam has lots more photos of the event here and here.
Posted by Jon Allen at 2:54 PM

I'm sorry I missed the peacock.

u are having a great time being a Seoul Man.

Nice blog ... it is perfect reference for outsiders in Korea.

We had a similar parade here in Daegu but wouldn't you know that I did not have my camera. I must start caring it about with me more.

Great pics. This was the third or fourth year that I've gone to the parade and I still have yet to get any decent photos from the event. Glad someone's having better luck.

Very interesting article! I was looking on the web about the Hi Seoul Festival which had taken place in the last 10 days and I found your blog. I like really much the photos of the lanterns which are linked at the end of the article.
Have you read some articles about the festival which just ended?

Thank you in advance.