Leeum the secret museum of seoul

Leeum, The Samsung Museum of Art is one of Seoul's best kept secrets. Tucked up on the Namsan hill below the Hyatt hotel close to Itaewon, this small museum has some outstanding works of art. 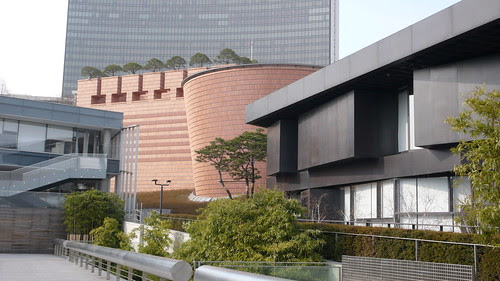 Exhibition hall 1, designed by Swiss architect Mario Botta, features a central white helical staircase reminding me of the Guggenheim in New York. It houses more than 120 works of Korean traditional art including Celadon porcelain from the 12th century and Buncheong pottery from the 15th century. One floor is dedicated to traditional painting and calligraphy while another shows a selection of Buddhist Art and metal work.

The second Exhibition hall is a complete contrast, displaying Korean and foreign modern and contemporary works of art from artists such as Cy Twombly, Antony Caro, Andy Warhol, Mark Rothko.

Outside these two sculptures by Louise Bourgeois dominate the plaza. 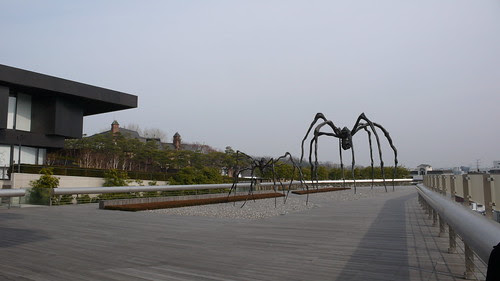 Don't be put off by the requirement to register in advance by telephone or internet for your ticket. No reservations are required on Thursdays if you want to avoid the bother.

There is a temporary exhibition of the work of Andy Warhol starting March 15th 2007, so you may want to hold off visiting until then.
Posted by Jon Allen at 9:56 PM

Email ThisBlogThis!Share to TwitterShare to FacebookShare to Pinterest
Labels: "Things to do" Art Museum

Hey, that's the same statue in front of the National Art Museum in Ottawa! That's amazing.